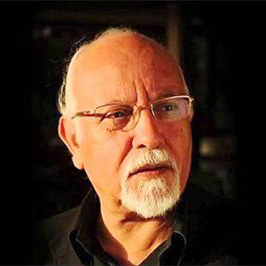 Over the time we have shared, throughout our lives and on different occasions, our friendship and our positions have spread our careers as artists. What my memory bequeaths to me, among other things, are childhood memories: my meetings with Si Mohammed Chabâa, in Assilah, between the ages of 9 and 12 years old. It was during his stays with her aunt, who lived in the city with her husband. Chabâa loved coming to our peaceful little town, without vehicles as was the case in all the medinas at the time. It was during the years 1945, and until 1956. Chabâa, son of Tangier particularly enjoyed spending his holidays in an atmosphere with smells and flavors different from those of Tangier at the time. 11 fled the noise and noise. of Tangier, a city with an international regime. Assilah under the Spanish protectorate was a quiet town and allowed him to better savor the weather. We were playing not far from Kharrazine alley, where her aunt’s husband alias “Franco” owned a slipper shop. This nickname he was given, he owed to his robust body, the pleasant appearance and his blue-green eyes. When I was 14, I left Assilah for other cities and our games meetings ceased. We then lost sight of each other for a few years. For training in the arts, Tetouan quickly imposed itself on me since it housed the only School of Fine Arts, which provided specialized education in drawing and painting. So in 1954, I enrolled in the Preparatory School of Fine Arts in Tetouan without knowing who I was going to meet there. My first day at school coincided with the sculpture and modeling course, techniques and concepts which were unknown to me at the time. The first day in a class, you never forget it. Fear invades you and you may tremble in front of the master. But that was counting without providence! Chabâa, who had preceded me in the same course, came towards me without recognizing me, and taking a clod of clay showed me the technique and the method to follow. We became inseparable. At the time, the school was made up of Spanish teachers, including the famous painter Don Mariano Bertuchi who was in charge of it and Carlos Gallegos in charge of teaching drawing. Our classmates were among others, Mekki Meghara, and Abdellah Fakhar. We formed a sort of avant-garde before the arrival of Saâd Ben Cheffaj and Mohamed Ataâllah.

In 1956, we separated, independence giving us other horizons. But the Chabâa / Melehi tandem had already trained in daily artistic learning at school, as well as at the boarding school of the Polytechnic of Tetouan, where we rubbed shoulders with multidisciplinary groups of students. We had drawn and painted the alleys of Tetouan day and night, taking as examples the paintings made by our master Bertuchi. This experience was sometimes interrupted by trips to Tangier, where we tasted the airs of modernity and freedom, which we missed during the Franco era. In 1956, I started my European journey, but our relationship was maintained during the summer holidays, especially in Tangier, where our interest was in the pioneers of Moroccan painting, in particular the painters Ahmed Ben Driss Yaâcoubi and Mohamed Hamri, which then occupied the chronicle. These artists were of particular interest to us given their background. We could already distinguish our current from theirs without getting involved in their initial process. Later, Mohamed Ataâllah joined us in Tangier, where we dreamed of creating an art movement called “Algebra”. This to mark a counter-foot to the trend of the current of naive art, which was spreading in Morocco. In 1960, Rome brought us together. Our ideas and positions took shape there thanks to a debate of the time around art and activism. The latter became our path and marked our interest in the socio-cultural. A small eclipse occurs between us following my stay in New York, in 1962. Thus was created between us a system of communicating vessels with constant fluctuations which will end as soon as we settle in Casablanca, as teachers at the School of Fine Arts.

It was in 1966. But long before that, Chabâa, on his return from Italy, had settled between Rabat and Casablanca, deploying intense artistic activity and reorganizing the activities of the association of Moroccan plastic surgeons, dormant. This was created following the holding of the historic collective exhibition bringing together Moroccan and French artists from the School of Paris, in February 1963. He then launched in 1964, the first Congress of Moroccan visual artists in Casablanca, including the he object was the reorganization of the activities of the artists members of the association. 1966 thus marked the year of our reunion within the School of Fine Arts in Casablanca. These coincided with the creation of the review Souffles founded and directed by the poet Abdellatif Laâbi. In the meantime, we had acquired Chabâa and I graphic skills and a proven love for the publishing industry. Indeed, Chabâa during his college years in Tetouan, and in the company of Ahmed Karrouk in particular, had participated in the edition of a student magazine, which supported the cause of the country’s independence called Al Nibraas. In relative secrecy, far from the eyes of the authorities of the protectorate, this review was prepared by hand in the form of manuscripts which were circulated in turn among the students. For my part, I had followed the stages of creation of an Italian magazine founded by my friend the artist Lucio Pozzi, in Rome, where I got an idea of ​​the layout of the publications. Souffles then found us already imbued with the love of committed literary and artistic publications. The review then became a sort of spokesperson for intellectuals and artists who carried a new message and language. At the same time, with the participation of Mohammed Chabâa and other colleagues at the School of Fine Arts in Casablanca, headed at the time by Farid Belkahia, a collective was formed where the role of each speaker completed the action of the entire teaching staff. Outside the walls of the school, links were forged with writers, filmmakers and poets.

In addition to his responsibilities as a teacher of decoration workshops, graphic arts and Arabic calligraphy, Chabâa had a proven experience in the field of architecture due to his activity in the department of infrastructure development and architectural spaces of the Ministry of Youth and Sports, at the dawn of independence. We were thus the first Moroccan artists to design artistic integrations into the architectural space, in particular in collaboration with the firm of architects Abdesslam Faraoui and Patrice De Mazières. We must recognize in Chabâa his enthusiasm and his unwavering support to all the initiatives of our group which aimed to defend the interests of art in Morocco. This concerned both our positions vis-à-vis the supervisory authorities at the time, as well as the preparation and drafting of declarations and manifestos, or the organization of events, which today constitute essential benchmarks. of our history of contemporary art. For examples, I take the manifestation of Jamaâ El Fna square, in Marrakech in 1969 and the 1st edition of the Assilah Festival, in 1978.

Mohammed Melehi (1936 – 2020) was a Moroccan artist associated with the Casablanca school, a modernist art movement active in the 1960s in Morocco.

© 2023 CHABAA. Created for free using WordPress and Colibri
Scroll Up